NECO 2021 Registration Form Portal & Tips On How To Apply

Hello, we would like to give you detailed information on this. Ensure you read to the end to get the main gist. NECO is another examination which you can use to replace waec or nabteb exam. It is also an O level result.

In this article, we will take you on a journey on how you can access the registration portal for this particular exam.

How Neco Came Into Existence

One of the last acts of the Abdulsalami Abubakar military administration was the promulgation of a decree, in April 1999, that created the National Examinations Council (NECO). That act, however, was only the climax of a process whose beginning predated the administration.
Although calls for the creation of a national examination outfit had been on for over two decades earlier, the birth of NECO was not spared controversy. While some Nigerians saw its arrival as opportunity for choice of examination body for candidates to patronize, others doubted its capacity to conduct reliable examinations that could command widespread national and international respect and acceptability.

Some others welcomed it for its potential, as a Federal Government parastatal, to offer subsidized registration to candidates; yet others queried even its legal status.

By its mandate, NECO was to take over the responsibilities of the National Board for Educational Measurement (NBEM) which was created, in 1992, by the Ibrahim Babangida administration, although its enabling decree was promulgated in 1993.

However, the conduct of the Senior School Certificate Examinations (SSCE) which had, hitherto, been the exclusive preserve of the West African Examinations Council (WAEC) was made an additional responsibility of the new examination outfit. NECO was to take exclusive charge of the conduct of the SSCE for school based candidates while WAEC was to take charge of the same examination for private candidates. NECO was to conduct its maiden SSCE in mid 2000.

The additional responsibility of NECO over those of its precursor called for some restructuring of NBEM. Not only was the staff strength to be increased, there was also need for offices to be established in every State of the Federation and the Federal Capital Territory (FCT) if NECO was to effectively cope with the enormity of its mandate. Consequently, within one year of its creation, the staff strength of NECO had quadrupled that of NBEM in 1998.

Furthermore, NECO invested heavily in data processing technology to enable it cope with the anticipated increase in the volume of data it would need to process over a relatively short period of time. Consequently, its computer facility was upgraded to an administrative unit and a custom-built complex constructed for it. It was also equipped with state-of-the-art computer systems and professionals to man the facility. Two 250KVA back-up generators were also provided the Computer Unit Complex to ensure uninterrupted operations at all times, but especially during peak periods immediately preceding the publication of results. During such periods, the unit operated a 24 hour day schedule with three shifts each day.

The transport section of the organisation was not left out in the upgrading process that was aimed at enabling the component parts of the structure inherited by NECO cope with expected increases in workload emanate from its new status. By the end of its first year of existence, NECO had trebled the size of the fleet of vehicles it inherited at its inception. In the effort to do this, the organisation also introduced a large number of trucks, previously nonexistent in its fleet. This greatly enhanced its ability to distribute and retrieve examination materials to and from all parts of the Country.

The story of NECO and its achievements is a continuously developing one and cannot be completely told in a piece as short as this. However, as has been observed elsewhere, Perhaps, the greatest achievement of NECO is that it has provided gainful employment for over a thousand Nigerians [and given hope to thousands more – candidates who had been able to keep their matriculation dates because of the timely release of their results by NECO].

How to check neco result

By this, as many Nigerians have the opportunity to contribute to the development of their nation and the feeling of wellbeing that results from this sense of actualization is difficult to quantify in concrete terms. Moreover, the greater number of family members who depend on these thousand NECO staff [and who would depend on the many more thousand potential graduates of tertiary institutions referred to earlier] means a reduction from the number of potential sources of instability in the community. Further, whatever resources these might be able to plough back in the form of economic activity is a potential generator of wealth in the nation. Consequently, the dividends of NECO stretch well beyond the horizon of testing, measurement or evaluation. They touch thousands of Nigerian lives and do so for the better. That, perhaps, is the greatest achievement of NECO

The above mandate is propelled by the Council’s vision and mission statements, core value, slogan and Ethos

We are glad you read to the end, ensure you drop that beautiful comment of yours in the box below. 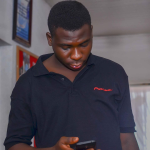